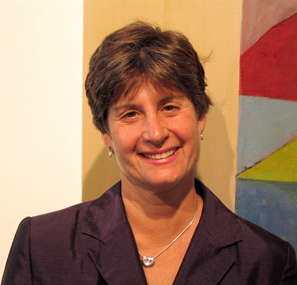 The power of the arts to start conversations we might not otherwise have, to sneak past our intellects and enter our souls and change our perspective is vast.  The arts have this uncanny ability to circumvent politics and ideology and, therefore, fly under the radar and soar directly into our heart.  The arts can sneak in beneath the defenses so rigidly held by our intellects and help us get unstuck in our ways.   Charles Bukowski said:   "An intellectual says a simple thing in a hard way. An artist says a hard thing in a simple way."

We see the power of the arts as a vehicle for social justice in Uncle Tom’s Cabin which depicted the horrors of slavery and helped lay the groundwork for the Civil War.  We saw it in the painting called “Le Dejeuner De L’Herbe,” or, in English, “Luncheon on the Grass” by Manet, which depicted two fully dressed men deep in conversation, having a picnic in a park with a completely nude woman sitting on the blanket with them.  Whatever Manet’s motivation for creating the work, he certainly shocked the art world and, knowingly or not, brought into relief the objectification of women and the power dynamics inherent in how gender was lived in 19th century France.  We saw it in a 1968 sitcom called “Julia” starring Dianne Carol, the first African-American woman to have her own television series.  We saw it in “All in the Family.”  Archie Bunker espoused the views of a vast number of Americans at that time and enabled people to see the absurdity of his racism and, ultimately, of their own.  The TV show “MASH” helped people see, more clearly than perhaps ever before, the suffering that war inflicts, the pathology of hating and killing other human beings.  The movie “Crash” exposed the insidiousness of prejudice and stereotyping, even among those who have experienced oppression themselves.  And we can’t underestimate the impact of such benign comedies as “Ellen” and “Will and Grace.”  We fell in love with the characters and, finding a place in our hearts, they expanded our nation’s imagination about who gay people are and helped viewers see that all of us—whether we’re gay or straight or bisexual or transsexual—have the same fears and insecurities, hopes and dreams.

With art, we grapple together with life’s most vital issues.  We grapple with what the piece of art we are experiencing means and, at the same time and often without our even noticing it, we grapple with what our own piece of art, our life, means.  And when we dig deeply like that (which art invites us to do, implores us to do), we find that we are various varieties of trees with the same subterranean stream running beneath us.

The great writer, Franz Kafka said, “A book must be the axe for the frozen sea within us.”  The same, I believe, can be said of the arts in general.”

On this day, when we stand together against racism, let us not forget what a powerful and essential tool the arts are in the struggle for social justice as they teach us profound lessons about the most important art of all, the art of being human.