In the Company of Women luncheon 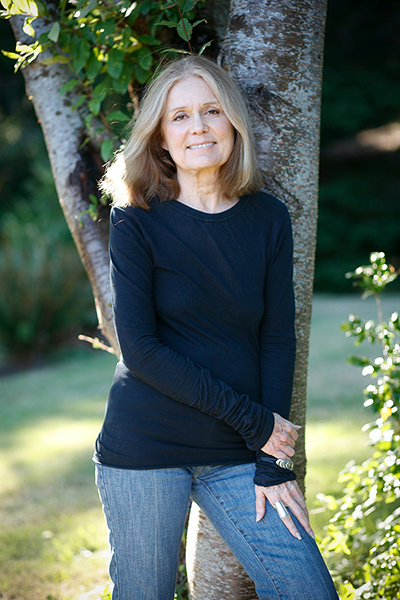 Gloria Steinem is a writer, lecturer, political activist, and feminist organizer. She travels in this and other countries as an organizer and lecturer and is a frequent media spokeswoman on issues of equality. She is particularly interested in the shared origins of sex and race caste systems, gender roles and child abuse as roots of violence, non-violent conflict resolution, the cultures of indigenous peoples, and organizing across boundaries for peace and justice. She now lives in New York City and has just finished a book detailing her more than thirty years on the road as a feminist organizer.

In 1972, she co-founded Ms. Magazine, and remained one of its editors for fifteen years. She continues to serve as a consulting editor for Ms., and was instrumental in the magazine’s move to join and be published by the Feminist Majority Foundation. In 1968, she had helped to found New York magazine, where she was a political columnist and wrote feature articles. As a freelance writer, she was published in Esquire, The New York Times Magazine, and women’s magazines as well as for publications in other countries. She has produced a documentary on child abuse for HBO, a feature film about the death penalty for Lifetime, and been the subject of profiles on Lifetime and Showtime.

Her books include the bestsellers Revolution from Within: A Book of Self-Esteem, Outrageous Acts and Everyday Rebellions, Moving Beyond Words, and Marilyn: Norma Jean, on the life of Marilyn Monroe, and in India, As If Women Matter. Her writing also appears in many anthologies and textbooks, and she was an editor of Houghton Mifflin’s The Reader’s Companion to U.S. Women’s History. 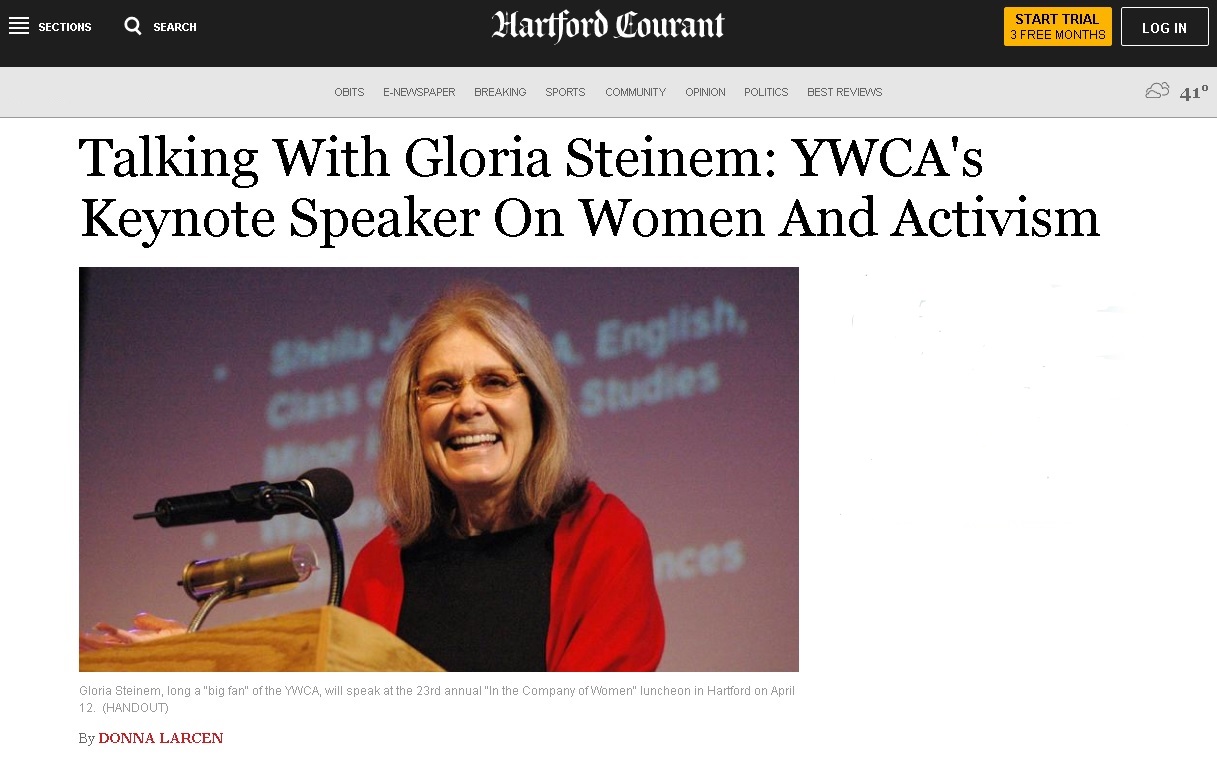 Steinem was recently interviewed by Donna Larcen of Hartford Magazine about her passion and support of YWCA. Here is what Steinem had to say:

“The YW is the one major national organization that has continued from women's suffrage to the present and serves everyone in a profoundly basic democratic way. It tends to look after the needs of women for a safe place to stay, to gather with other women in classes regardless of whether you have the money for tuition. The YW, along with Planned Parenthood, gets taken for granted. I have been a big fan of the YW since I began traveling around the country and seeing it host the first programs for battered women.”

To read the article is its entirety, click the image above.